In this comprehensive guide we have sifted through the absolute best golf irons currently available on the market. The guide separates irons by category, price and features to help you find the best golf irons for your game.

We have tried to keep our selection pretty broad in terms of handicap suitability, but admittedly, most of the irons featured below are for low single figure to mid-teen handicaps.

Let’s jump into our Best Golf Irons review and find out which is best for you and why!

Below are our selection of the best irons for golfers:

The [amazon link="B07VPKKGB9" title="Mizuno MP20 MMC Irons" /] have been designed for the elite players. Professional golfers in this day and age prefer using semi blades than actual blades. This makes a perfect look for the MP20 MMC irons.

These irons look great and makes one imagine themselves hitting good shots even before trying them out. They have been designed with a thinner top than the previous MP18 MMC irons. Mizuno found that the MP20 MMC irons were up by 2 mph average from the MBs. That means that the player is expected to add some extra distance on the carry.

Mizuno uses technology which is titanium forged and two cavity back pieces that provide a smoother feel on the centre of gravity. This is a highly rated club that one should try giving a go.

The new [amazon link="B081DCCNPG" title="T100 irons" /] were released by Titleist in 2019. The T100 iron is a tour type blade iron for the elite player whom wishes to play a tour inspired true blade. It has a new and improved grip by Golf Pride which has a softer feel. The 3 d’s that Titleist used to design the Titleist T100 was: distance, dispersion and descent.

The new T100 irons were tested against the previous version of the AP2. It was discovered that the T100 iron had an increase in ball speed and distance by a few yards in comparison to the AP2, as it has a thinner top line.
The sole pattern has been redesigned to give an improved turf interaction allowing the club to be forgiving.

The [amazon link="B07JW9RGWX" title="TaylorMade P760" /] irons replacing the P730 and the P790 irons are designed for more of the tour players. This is a mid-sized set between the P730s and P790s to compensate for the players using a combo set. The Speed foam technology has been installed in these irons to improve the sound and feel of the club.

Players have compared the P790 to the P760 and most prefer the P760 because it has a better and thinner look.

The [amazon link="B078TMTMF2" title="TaylorMade M2 irons" /] from 2017 represented a pretty hard act to follow, but the M4 Irons has lived up to its billing. In spades, actually.

The visual differences are that the Speed Pocket in the sole is longer and slimmer, while the RIBCOR technology behind the face slots is there to enhance sound and feel. But the main acts here are undoubtedly distance and forgiveness. The aim is to mitigate the distance loss and deviation on bad strikes, and this is about as good as you’ll get in this respect.

And then, of course, they’re long. Very long. And it’s not just when you look at the distance numbers that you appreciate the length. The sound and feel at impact are immense – almost akin to a driver, rather than an iron.

And with excellent deals available on these irons online, you may just want to snap this up.

Undoubtedly aimed at the better player, but boy oh boy are these [amazon link="B074F7RZM7" title="MP18 irons" /] just spectacular. Not just in terms of appearance either.

Three and a half sets to choose from in order to maximize playability and improve or enhance certain areas of your iron game that will result in better scoring. Massive amounts of workability and versatility on offer and pin point accuracy if iron play is a strong point in your game.

If you’re a 5 handicap or lower and are passionate about this beautiful game then give these a go – you are sure to be wowed!

It’s been a busy couple of years for Callaway with the launch of various ranges of iron. Certainly, they set the bar very high with the good-old Steelhead X-12 and X-14 Pro Series irons, but the Rogue range is arguably one of the best they’ve added to the shelf since then.

Specifically, it’s the [amazon link="B078J3LQLQ" title="Rogue Pro Irons" /] which have caught our eye.
The Rogue irons are an excellent option for game improvers, but in terms of low to mid-handicap players, the Pro version has all the attributes you’d hope for in a set of irons.

It comes in 3-PW, fares very well in terms of playability, and the design is rather easy on the eye. Furthermore, it bridges the gap to double-digit handicappers by offering supreme forgiveness, and you’ll be very impressed with the distance on offer, particularly with the long irons.

The only question to contend with is price. But even though it costs a few more bones than you may be budgeting for, it delivers great value for money.

The primary aim of the [amazon link="B07HBMY8N1" title="718 AP2s" /] was to make them slightly more forgiving than their 716 equivalents. And Titleist have definitely done this. Thinner clubfaces, sturdy inserts and clever weight redistribution has done wonders for ball speeds off the clubface at impact.

The feel and playability have been improved on making the 718 AP2’s just brilliant. Not to mention just how classy they look too.

The AP2’s are absolutely world class irons and provide ample distance, playability, forgiveness and feel. If in doubt regarding price – just know these are going to be in it for the long haul and will hold their longevity in terms of design and performance.

The [amazon link="B07556F5QM" title="Epic Pros" /] cost a small fortune, but wow are they impressive if you are in the suitable player niche.
Exceptional feel and particularly control. You can work the ball either way at the drop of a hat and control trajectory with no difficulty whatsoever.

Not to mention just how consistent they are too in terms of distance control. Fantastic job by Callaway.

This is a tough one, as there are a number of great deals doing the rounds at the moment. But the [amazon link="B077H2853M" title="Cobra King F8 irons" /] really impressed us, and we think they represent great value too. And the distance is explosive, especially the longer irons. In fact, they’re about as long you’ll get.

There are significant upgrades on the F7 range, including lower CG (thanks to shorter hosels and shallower clubfaces), and they’ve simplified the head constructions down from four to three within the range (a new ‘Hollow’ head design from 4-7 iron). The PWRShell cup face has also been lightened to the tune of 7g, and there is a boost to ball speeds courtesy of variable face thickness.

The sound is a little bit dull, but we liked the feel, and you can tell the difference in launch and smash as a result of the lower CG. At a competitive price, our take is that any mid-handicapper should give these a whirl.

At first glance there doesn’t really seem to be much difference between these and the good-old X-14s. But there are actually a ton of enhancements here, and these clubs really do set the bar at a whole new level in terms of forgiveness, launch, and, to a lesser extent, distance.

Is this going to be the set of choice for low single-figure players? Doubtful. But in terms of game improvement, these irons are right up there, and we think there’s a good chance the [amazon link="B01K2D25R0" title="Steelhead XRs" /] could float your boat – and at an affordable price too.

If you are just beginning golf or are a high handicapper we recommend you check out the following reviews:

You don’t have to be an equipment nerd to appreciate how the bar is being raised in terms of manufacturing quality. We’re seeing all sorts of experimentation with materials: everything from tungsten to lighter forms of carbon are being thrown into the melting pot.

Different face inserts and designs are findings ways to add strength to the clubhead in the absence of bulk, and it’s releasing the shackles in terms of both distance and consistency as a result.

Whether forged or cast iron, blade or cavity back is your bag, there is much to contemplate (and admire) when it comes to quality control. Luckily, you’re in good hands with us.

Which one should you choose?

It’s pretty safe to say that there is a dividing line when it comes to golfers of different abilities. Leisure golfers seek forgiveness (and more forgiveness) in their irons, whereas better players, generally speaking, thrive on blades which could cut diamonds, and which provide ample feedback on bad shots.

For manufacturers, this has often resulted in a trade-off, depending on which type of golfer they seek to target. But this once mutually-exclusive relationship between forgiveness and slimness is diminishing, and we golfers really are starting to get the best of both worlds.

The question is, which brand marries these two elements best?

There is nothing quite like putting an iron down on the ground, and having a top line that suits your eye. It just gives you that priceless extra bit of confidence at address, and I firmly believe that a set of irons you’re proud to own takes shots off your score. But there’s a lot more to it than just the top line.

Offset, badging and thickness of the blade are just a few of the aesthetics which matter, while the type of material used will play a crucial role in the look and feel.

Ultimately, these are fairly subjective things to assess, but there’s no doubting that when you come across a club which looks the part, you’ll just know it.

Find the right utility iron for your game.

Within the world of golf equipment, you’re probably not going to find greater scope for variance in terms of price than with irons. True, that’s partly because you’re going to be purchasing eight separate clubs – or more! But it’s also because the difference in quality between the best and the worst is so vastly polarized.

So a lot of it depends on what you’re after, and your ability isn’t necessarily a determinant in this regard either. There is cutting-edge stuff out there for those hunting down game-improvement irons; in much the same way that paying for the finest of fine blades comes at a price.

But, as ever, if you are being asked to pay a lot of money for something, you need to understand why. Only with this in hand can you make meaningful comparisons with cheaper – or pricier – alternatives. 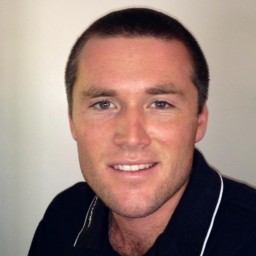