Best Irons For Beginners – The Perfect Irons To Get You Started

Golf irons tend to be a source of woe for beginners, which is why hybrids are coming in from every angle to usurp them.

But there’s still no getting away from the fact that irons are a crucial part of the game, and the good news is that, thanks to continued meteoric strides in terms of technology, beginner golf irons are getting easier and easier to hit. Not to mention that performance levels are on the rise.

So, with a sea of fine options for newbies out there, it was up to us to choose the best irons for beginners.

Below are our top picks for best irons for beginner golfers.

Also check out our buyers guide for beginner irons. 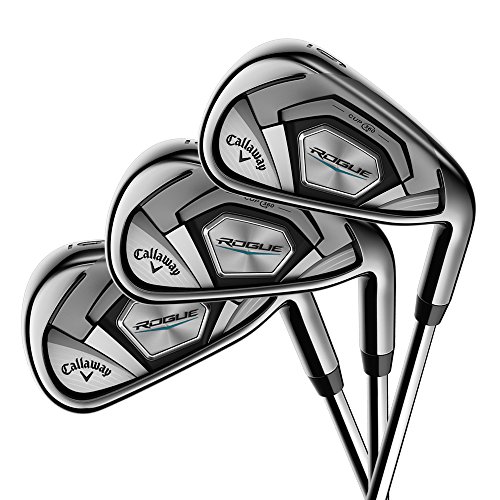 The perfect mix of distance and forgiveness for the beginner golfer.

The tungsten weighting provide optimal launch across the full set of irons, but most importantly the long irons which come out exceptionally high.

This is imperative for beginners as the long irons are undoubtedly the hardest clubs to hit.

A nice thick topline and generally a fairly large sized iron head provide plenty of confidence and last, but not least the sound and feel off these irons is beautiful at impact. Soft yet meaty and actually quite addictive!

Taylormade have most certainly become synonymous with distance in all of their irons (partly due to strengthened lofts, but ignore that for now!) and the M6 are no different.

When looking at them for the first time, the Speed Bridge stands out a fair bit in the rear of the clubhead and whilst it’s not beautiful it does serve up plenty of performance. It provides support and stability of the clubface through impact and also gives off a lovely sound when striking it out the middle.

A successor to the M4 irons and they have definitely improved in terms of the smaller cavity back and better profile from the address position. A thick topline with fair offset that offer plenty of forgiveness. Overall slightly more expensive than the Callaway Rogue irons, but a solid option. 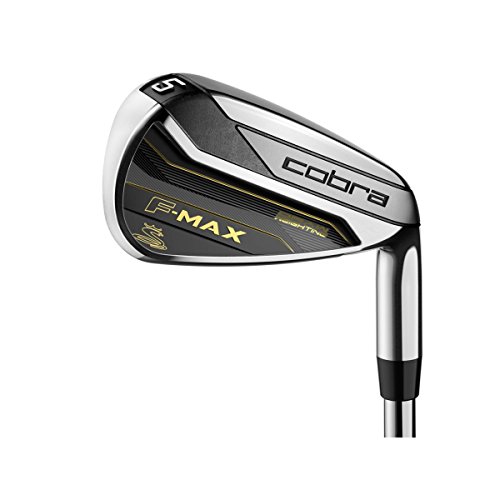 The easiest irons as a whole that we tested right the way from 4 iron to gap wedge. The F-Max have a progressive offset design that helps with a more square impact position as well as getting the ball into the air easier with long irons.

The most important asset though in our opinion is that the Cobra F-Max Irons have been designed primarily for the slightly slower swing speeds and smoother tempos by reducing the overall weight of the iron.

Available in either graphite or steel, the K-Max irons are a brilliant set to get started with and also one of the better looking beginners’ sets on the market 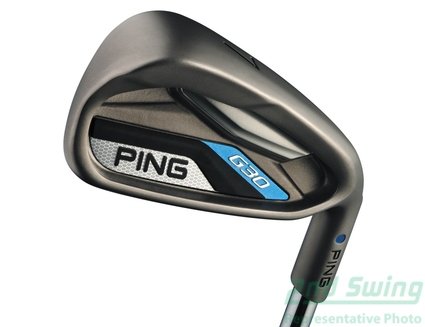 The G collection has been around a few years now, but continues to lead the way in the ‘super game improvement’ iron stakes.

But it wasn’t just the distance levels which wowed us – there is plenty of forgiveness on offer too, while we really like the progressive offset and head length as you move up the set. Weight has been moved to the toe and perimeter offering even more forgiveness than before. 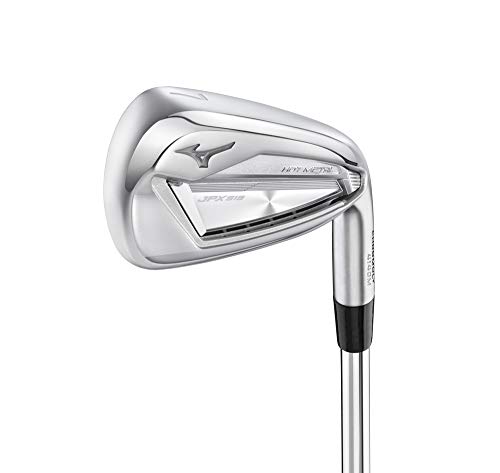 We thought long and hard about including the JPX919 Hot Metal irons, for two main reasons.

Firstly, they cost a fair bit when just starting out the game.

Mizuno have put something together that is very special here. These irons exemplify all the user-friendly properties of the JPX900’s before them, but they do so in a far more stylish, slick and compact manner.

If you’re someone who’s aspiring towards irons that give you a classy look, coupled with tremendous distance, forgiveness and performance, then this could well be worth forking out those extra dollars for.

The formula may be very different for beginners’ irons compared with those at the other end of the spectrum, but design is still paramount in catching the attention of golf’s newest recruits. It can be a difficult balance to strike though. A nice, juicy offset with a sizeable top line are two essentials, while having some meat behind the sweetspot is highly recommended.

But the last thing you want is to be wielding anything that’s cumbersome. Aside from aesthetics, you aren’t always going to be navigating from perfect lies, so you’ll still need something that can cut through the heavy stuff.

Not only is it important to find this middle ground in terms of design, but it’s also key that it complements the overall feel of the club – from the moment you address the ball until you reach the crest of your follow-through. How the iron suits your eye can play a big part in that, although ultimately there is one good rule of thumb to bear in mind with regard to feel: if it’s a longer iron, forgiveness should be the absolute priority.

As you move down the gears though, control is where the emphasis begins to shift. Find the set of irons which delivers that mix, and you’re well on your way.

This is probably the most important consideration of all, and it builds on the last point above. With irons, bad strikes tend to cost a lot more distance than with woods or hybrids, so, especially with longer shots, you want to negate that impact as much as possible.

But with shorter approach shots, and even pitches, there needs to be real consistency in terms of spin and trajectory so that you can develop confidence when zeroing in on a more specific target.

As we’ve outlined in the introduction to this review, golf is a hard enough game to learn as it is – especially with regard to iron-play. So cut yourself some slack, and make sure you get a nice running start by choosing a set of irons which provide that cushion of knowing that you don’t have to make the perfect strike every time to get around the course effectively.

Very often the cheaper option with beginners’ clubs can be to purchase entire sets of clubs. We are not dismissing that at all, and doing this can offer excellent value, depending on what you’re after. But so often it can be that you might take a shine to a particular brand’s woods, and thus simply take the irons to complete a package deal.

Our take is that finding the best clubs for you can be a little bit more nuanced, and it’s important to consider that some brands produce better equipment than others within specific niches. As such, we recommend – budget permitting – assessing irons as a unique entity in themselves. This way, you give yourself a greater chance of finding success from the fairways out on the course. And that, in a nutshell, underscores our mantra.

Value for money isn’t simply about finding a way to spend the fewest dollars. It’s about finding something that will help to bring you the most joy, whilst still respecting (the upper reaches of) your budget.