On this page you’ll find our detailed Cleveland RTX-3 Wedge Review, the pros and cons, and an overall assessment of the wedge.

If tour players didn’t have restrictions on their equipment contracts, I think you would see a lot more choosing to play with Cleveland wedges. With the RTX-3, Cleveland show us why. The Cleveland RTX-3 wedge succeeds and improves on the 588 RTX line by introducing a host of new design and performance features, while retaining the classic look and feel of a Cleveland wedge to which we have become so accustomed.

If you already own the Cleveland RTX-3 Wedge please feel free to leave your own review in the comments at the end of this article.

We reviewed the Cleveland RTX-3 as part of our Best Golf Wedges Review, see here.

Cleveland have delivered a top-quality wedge once again with performance and feel second to none.

The RTX-3 is versatile, durable and generates huge spin, making it the perfect wedge for any single-digit player.

I have always enjoyed the look of a Cleveland wedge at address. The sharp, slightly rounded leading edge has been a trademark of the Cleveland wedge for decades, and the RTX-3 doesn’t disappoint in that regard.

The club has some of cleanest lines in the game and the new finishes look like they belong on a supercar. Cleveland have really outdone themselves in the design department.

The avid Cleveland fan might notice a visibly shorter hosel on the RTX-3. This design change pushes the centre of gravity away from the shaft in order to create consistency coupled with forgiveness. The grooves are narrower and deeper than ever, which can be a downside if you’ve become accustomed to the wide and sharp grooves Cleveland always produces.

However, the laser milling between the grooves is highly visible from address which really allows you to square up the clubface. A new V-Grind sole is designed to prevent the club getting caught up in the turf, which should help the average player add some yards on those tighter lies.

The three finishes of Tour Satin, Black Satin and Tour Raw cater to all preferences and help to reduce glare. In addition, the Cleveland RTX-3 also comes in a cavity back option for added forgiveness and in three different bounces to suit all terrain and player types.

The matte finish of the wedge feels great to the touch and now, according to Cleveland, the new finishes should last a lot longer than their predecessors.

This is obviously great news to all of us, as one issue I’ve had with previous Cleveland wedges is the fast-wearing finish, especially on the black satin models where the steel would become visible after a few months of play.

The head build quality is up there with all other Cleveland models and the narrower grooves will retain their zip longer than the older, wider grooves.

I found the feeling of the club to be a bit chunkier than previous models but I quickly got used to and actually started to enjoy the feeling after hitting a few shots.

The design changes have resulted in a much more consistent feel and yardage from off-centre hits, resulting in a shot dispersion that was far lower than competitors and previous models I tried. This should certainly deliver real results through improved consistency in everyone’s game.

We all like to see a bit of bite on our wedge shots so you’ll be glad to hear that the RTX-3 spins like mad! The rough, milled face delivers crazy spin out of almost any lie and the new, circular milling results in consistent back spin, even on open face shots.

One drawback is that the clubs will just chew on any soft ball you have in your bag, but of course this is a trade-off that has to be made with any wedge.

Our Cleveland RTX-3 Wedge Review put this club through its paces. And what I can say is the wedge performed consistently in both distance, accuracy and spin rate.

One big improvement I noticed was that I never had to compensate for any side spin on open face flop shots due to the new milling patterns. Hats off to Cleveland!

The RTX-3 isn’t cheap, but when comparing it to other top-of-the-range brands, Cleveland definitely offers the best value for money.

They deliver a top class wedge that caters for the processional down to the social player and at the same time have made tangible improvements on their previous model.

For me it’s a no brainer. The Cleveland RTX-3 looks great, feels great and plays great. 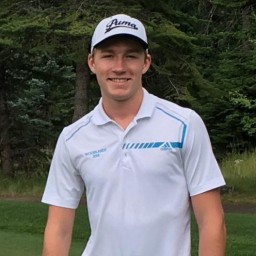 Liam has played golf competitively since the age of 10. He is currently studying towards a bachelor of science degree at university but still manages to play golf multiple times per week, while also writing on the side.